The Journey to Enlightenment: How the World's Great Religions Teach the Path to Inner Peace and Spiritual Awakening Enlightenment is a concept that has been explored and sought after by many different cultures and religious traditions throughout history. From Buddhism and Hinduism, to Christianity and Islam, the world's great religions all offer a path towards a deeper understanding of oneself and the world around us. They teach us to look beyond our everyday concerns and find inner peace, wisdom and inner happiness.

If you are interested in finding a way to explore the path of enlightenment, "Everyday Enlightenment: Beginnings" journal can be a great tool to help you take your first steps on your path. With daily prompts, exercises, and reflection questions, the journal guides you through a 21-day experience that encourages one to look at enlightenment through different perspectives, making it a great way to start a journey towards inner wisdom.  It's a way to take the teachings of the world's great religions and apply them to one's own life, in a practical and personal way.

How Do The World's Great Religions Teach the Path to Enlightenment?

*It is worth noting that the idea of enlightenment, its meaning and its path of attainment may vary within the different sects or denominations within the same religion, it's not a one-size-fits-all concept.

enlightenment is known as "Nirvana" and is described as the state of being free from suffering and the cycle of rebirth. The Buddhist path to enlightenment involves following the Eightfold Path, which includes practices such as right understanding, right intention, right speech, right action, right livelihood, right effort, right mindfulness, and right concentration. By following the Eightfold Path, Buddhists aim to develop wisdom, compassion, and inner peace, and ultimately to transcend the ego and realize the interconnectedness of all things.

enlightenment is known as "Moksha" and is described as the state of liberation from the cycle of reincarnation and union with the ultimate reality. The Hindu path to enlightenment involves following the Four Purusharthas which are: Dharma (duty), Artha (material wealth), Kama (pleasures), and Moksha (spiritual liberation). The path also include yoga, meditation, devotion, study of scripture and service to others. It's understood that the ultimate goal of these practices is to transcend the ego and realize one's true nature as part of the ultimate reality or Brahman.

the path to enlightenment is known as "Nirvana" or "Kaivalya" and is described as the state of being free from the cycle of reincarnation. Jainism's path is based on the Three Jewels: Right Faith, Right Knowledge and Right Conduct. It emphasizes on non-violence, non-attachment and self-control as essential steps towards spiritual advancement. The ultimate goal is to attain spiritual liberation by purifying the soul and ultimately attaining a state of perfect knowledge, vision, conduct and power.

enlightenment is known as "Mukti" and is described as the state of union with the ultimate reality. Sikhs believe that the ultimate goal of human life is to merge with the ultimate reality, or God. This is achieved by following the teachings of the Gurus, performing selfless service, and engaging in the practice of meditation and prayer. The focus is on living a virtuous life, based on the principles of love, devotion and self-surrender, and ultimately to transcend the ego and realize one's unity with God.

enlightenment is referred to as "Salvation" or "Union with God" and is described as the state of being saved from sin and eternal death, and gaining eternal life in heaven. The Christian path to enlightenment involves a personal relationship with God through faith in Jesus Christ and repentance for past sins. Christians believe that by following the teachings of Jesus, living a virtuous life, and through the sacraments of the church, they can achieve salvation and eternal life with God.

enlightenment is referred to as "Tawheed" or "Oneness" and is described as the state of knowing and experiencing the unity of God. The Islamic path to enlightenment involves the submission to the will of God and adherence to the Five Pillars of Islam: the declaration of faith, prayer, fasting, giving to charity, and pilgrimage to Mecca. Muslims believe that by following the teachings of the Quran and the example of the Prophet Muhammad, they can achieve a deep understanding of the unity of God and ultimately reach a state of spiritual enlightenment.

In summary, each of the world's great religions emphasizes different practices and teachings, but they all strive to help followers reach enlightenment, which is often described as a state of wisdom, inner peace, and spiritual connection to the ultimate reality. The path to enlightenment may involve studying spiritual teachings, engaging in meditative and contemplative practices, living an ethical and compassionate life, and developing a personal relationship with the divine. And even though each religion emphasizes different paths and methods, they all ultimately aim to transcend the ego and experience a deeper understanding and connection to the ultimate reality.

Additionally, it's important to remember that enlightenment is not a destination, but rather a lifelong journey of personal growth and self-discovery. It's not something that can be attained overnight, but rather something that takes time and effort to achieve. Each person's journey to enlightenment is unique and personal, and it's important for individuals to find the path and practices that resonate with them the most.

It's also important to mention that some believe that enlightenment is not something that can be taught, it can only be realized through self-discovery and self-realization. And that any guide, teaching or religious doctrine can only point the way but can't guarantee enlightenment.

In conclusion, achieving enlightenment is a central goal in many of the world's great religions and each tradition has its own unique path and teachings for reaching this state. The path to enlightenment may involve studying spiritual teachings, living an ethical and compassionate life, engaging in meditative and contemplative practices, and developing a personal relationship with the divine. However, it's important to remember that the journey to enlightenment is a personal one and it requires time, effort and a willingness to let go of the ego and to transcend it. 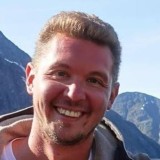 How To Meditate With Mala Beads: A Comprehensive Guide

How Buddhism Can Help Us Parent: From Tantrums to Picky Eaters

Sign up to get the latest on sales, new releases and more …

Receive an unlimited 20% discount for you and your friends.